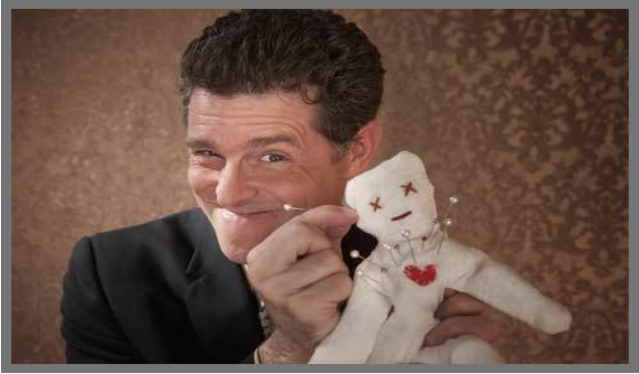 Like in any other service industry where people can make money, the magic industry isn’t immune to fraud. Today spell caster scams are seen almost 30% of the time. Despite all effort put by professional magic practitioners, there hasn’t been any improvement. So hopefully you’ll learn how to identify frauds and always choose authentic and professional spell casters to work with. The tips you’ll find today will help you with it.

To begin with, fraud often depends on the location. The majority of con men are found in Africa, such as Nigeria, Yemen, and South Africa. Africa is followed by India in terms of the amount of imposters pretending to be spell casters living in the country.​

One of the most common spell caster scams is when someone pretends to be a famous magic practitioner. The con man chooses a well-known spell caster and starts offering services under this person’s name. He creates a fake website filling it with stolen content (it’s stolen from the website of the original spell caster) adding his person bank account details for customer payments and specifying the services offered. As a rule, con men usually don’t provide any services at all. Their goal is to get as many people as possible to pay them and disappear. They take advantage of legislative loopholes and shut down one website only to launch another one. So it’s very difficult to fight this kind of fraud.

The only option seems to be publishing negative reviews about them to warn other users. Unfortunately, there are no other ways. However, you may also learn how to identify fraud to spot con men immediately. Yet many people are too naïve and believe everything they read on the Internet. They rarely try to get to the bottom of it and find out if the person they’re dealing with is a real magic practitioner or a con artist. As a result, many people fall into their traps over and over again.

How to know if a psychic is scamming you

How to know if a psychic is scamming you? Please review the following algorithm and try to use it.

– You come across a website of some magic practitioner;

– You see the name of the magic practitioner and find him on social media, for example, on Facebook;

– You make sure it’s the same website you found initially.

One of the most common methods to mislead customers is through fake spell casters reviews. Con men don’t know that true magic practitioners, including professional spell casters and witches, ask their clients not to write anything about their work. They don’t let them post even positive reviews because information about them and the services they provide mustn’t be disclosed to any third parties. Besides, no matter how talented and skilled the spell caster is, some of their clients won’t be satisfied with the services provided, so there sure to be some negative or neutral reviews as well.

Thus, if a magic practitioner has only positive reviews, it’s a warning sign, too. What if they’re fake? What if they’re written by a copywriter? Below are signs of professionally written (fake) reviews:

However, some fake reviews have a lot of grammatical and syntactic errors. Con men are rarely fluent in English and most of their articles look terrible. So when you see a poorly written review which is supposedly written by someone living in New York City or London, you know who actually wrote this review.​

However, some frauds don’t stop at it. They collect money from the people who have believed them and cast fake spells, and fake spells are as dangerous as counterfeit drugs. Magic practitioners are like surgeons performing surgeries on their clients’ subtle bodies. Everything they do to the subtle bodies leaves a mark. Allowing a dilettante or an impostor change your subtle bodies is like allowing a random stranger who’s never studied to be a surgeon perform a surgery on you. A fraudulent magic practitioner is like a mentally ill person who thinks he can perform a complex surgery on a dying patient. This is how much harm can be done by him.

It’s quite easy to turn any spell into a source of suffering and unhappiness. To this end just pick the wrong date and mess up the ingredients and tools used in the ritual, mispronounce a couple of words while saying the spell, and the consequences will be terrible. For example, your love spell will make the person you’re in love with hate you, your poverty ritual will leave you broke, and your good luck spell will make your life even more unbearable.

It’s even scarier when such liars cast black magic or voodoo spells. The damage they cause to your subtle bodies is like that of a dynamite explosion. They damage not only your energy but also your fate, make your karma heavy, and disturb your chakras and conscious mind.

This requires your focused attention and caution when you choose the spell caster to work with. Your choice will have a huge impact on your future. So don’t take risk! Don’t believe the first magic practitioner you find. Spend 30 minutes to an hour to make sure you’re dealing with a professional magic practitioner and not a fraud. That way you’ll get the most benefit from the magic services provided to you.

If you visit the official website of Spellcaster Maxim, you can witness his authentic experience on different spell casting and the outcome.

If you visit the official website https://spellshelp.com/Spellsbook/Love-spells/a-powerful-love-spell-from-a-powerful-spell-caster- of Spellcaster Maxim, you can witness his authentic experience on different spell casting and the outcome. Check more article