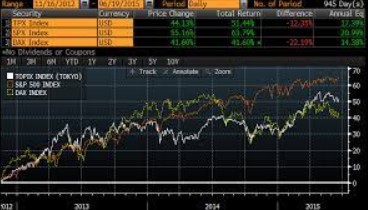 As the world’s third-largest economy, Japan has long been a destination for international business. But for foreigners looking to enter the Japanese market, area experts like Kavan Choksi say navigating the country’s unique business culture can be a challenge. Here are some key considerations for those looking to do business in Japan.

One of the biggest challenges for foreigners doing business in Japan is the language barrier. While many Japanese people have studied English, it is not a widely spoken language in the country, and many business meetings and documents are conducted in Japanese. It is advisable to have a Japanese speaker on your team, or to hire a translator, to ensure effective communication with your Japanese counterparts.

Japan is a country with a deeply ingrained cultural identity, and understanding these cultural differences is key to doing business successfully in the country. For example, the Japanese place a strong emphasis on hierarchy and respect for authority, and it is important to show deference to those in positions of power. Gift-giving is also an important part of business culture in Japan, and it is customary to bring small gifts when visiting clients or partners.

Business etiquette in Japan is highly formal and follows strict rules of protocol. For example, business cards (called “meishi” in Japanese) are an important part of business culture in Japan and are exchanged during introductions. It is important to present your business card with both hands and to take the time to read and carefully consider the business card of the person you are meeting with.

In addition to business cards, there are many other customs and protocols to be aware of when doing business in Japan. For example, it is customary to bow when greeting someone, with the depth of the bow depending on the relative status of the person you are greeting. It is also important to arrive punctually for meetings, as the Japanese place a high value on punctuality.

Japan is home to some of the world’s largest and most successful companies, and many foreign businesses are interested in doing business with these firms. However, it is important to be aware that the process of doing business with Japanese companies can be very different from what you may be used to.

For example, the decision-making process in Japanese companies is often slower and more consensus-based than in other countries. It is not uncommon for multiple rounds of meetings and negotiations to be necessary before a deal is reached. In addition, Japanese companies often place a strong emphasis on relationships, and it can take time to build the trust and rapport necessary to do business together.

While there are certainly challenges to doing business in Japan, the country also offers many opportunities for foreign companies. Japan is home to a highly educated and technologically advanced workforce, and the country is a leader in a number of industries, including technology, automotive, and manufacturing.

In recent years, the Japanese government has also made efforts to open up the country to foreign investment, and there are a number of initiatives in place to support foreign businesses looking to enter the market.