Creation of talisman-taweez in the ottoman era 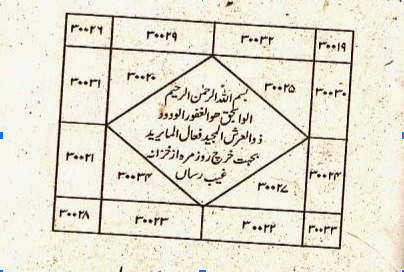 Taweez are amulets with Quranic verses, or Allah’s names, inscribed on them. These verses were then inscribed onto a paper or metal sheet. They are often worn for protection against negative energies.The art of creating taweez is believed to have originated in the Ottoman era. The taweez were made by skilled craftsmen who had a deep understanding of the Quran and the principles of Islamic mysticism.

Origins of Talisman-Taweez in the Ottoman Empire

Do you know about the talisman-taweez? It’s a special type of amulet that was created in the Ottoman Empire.

Back in those days, there was a lot of superstition and people believed in the power of amulets and talismans. So the sultans and their courtiers would often have them made to protect themselves from evil spirits and bad luck.These Islamic taweez were often very intricate pieces of artwork, and they were worn around the neck or attached to clothing. Some of them were even inscribed with prayers or magical formulas.The talisman-taweez remained popular throughout the Ottoman Empire, and they’re still popular today. People believe that they can bring good luck and protect them from harm.

During the Ottoman Empire, talisman-taweez were created as a way to protect people from harm. The sultans and their families were some of the first to have these protective amulets made, and they soon became popular among the people as well.

The art of talisman-taweez crafting was passed down from generation to generation, and each craftsman added his own personal touch to the designs. Each amulet was made with the specific needs of the person in mind. For example, if someone was having a difficult time in love, the talisman-taweez would be crafted to help them find love.

Today, there are still craftsmen who specialize in making talisman-taweez. The tradition is still alive and well, and many people consider these amulets to be a source of protection and good luck.

What Are Some of the Famous Talisman-Taweez of the Ottoman Era?

There are many famous talisman-taweez of the Ottoman era, and each one has its own unique story and purpose. One of the most famous is the Eye of Fatima, which is said to protect the wearer from harm.

What Ingredients Were Used in the Creation of Talisman-Taweez?

When it came to creating talismans and taweez, the ottomans were very particular about the ingredients that were used.

Some of the most common ingredients were things like metals (gold, silver, copper), rocks (lapis lazuli, turquoise), plants ( rose, myrtle), and animals (lion, deer). Each talisman was specifically crafted for its owner, and so the ingredients would be chosen based on that person’s astrological chart and birth date.

The talisman-taweez would then be blessed by a religious leader or a shaman, and it was believed that this would give it its power to protect and help its owner.

How Popular Are Talisman-Taweez Today?

Despite the fact that talisman-taweez have been around for centuries, they are still popular today. In fact, a lot of people believe in their power and use them to achieve various goals.There are all sorts of talisman-taweez, each with its own specific purpose. Some are meant to attract money, others to bring love into your life, and still others to protect you from harm.What’s great about talisman-taweez is that you can create them yourself with the help of a qualified spiritual advisor. Just be sure to follow the instructions carefully so you get the most out of them.

Though it is often associated with the Islamic faith, it actually has its roots in ancient times and various religions.What makes the talisman-taweez so powerful is its ability to connect us to the spiritual realm. Through this connection, we can seek guidance, protection, and other blessings.

If you’re interested in creating your own talisman-taweez, be sure to do your research and use reputable sources. With the right ingredients and intentions, you can create a talisman-taweez that will bring you peace and protection for years to come.