Bar Graphs and Histograms and the Difference Between Them 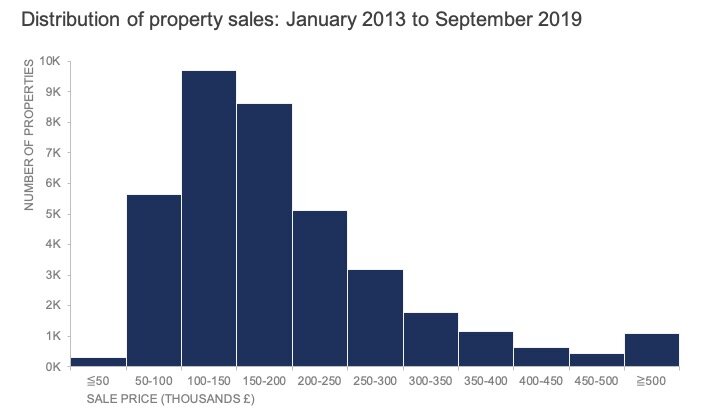 You must have used bar graphs and histograms to represent various sets of data in your classes of statistics. Can you recall it? To present data and analytics in a more attractive and easily understandable way, we take the use of various diagrammatic representations. Bar graphs are used widely in the field of business to represent data. Even the uneducated section of society can use these forms of representation to draw a conclusion about a given data. However, this is not the case with textual presentation or tabular presentation. Any hidden trend present in a given data can be easily noticed in the diagrammatic mode of representation. In this article, we will go through bar graphs and histograms and try to understand the difference between the two.

What is a Bar Graph?

Bar graph, also known as a bar diagram, is a specific way of representing data using rectangular bars where the length of each bar is proportional to the value they represent. Generally, there are two types of bar graphs namely, horizontal bar graph and vertical bar graph. Let us discuss both of these types.

Bar graphs that use horizontal rectangular bars that represent the measure of data are known as horizontal bar graphs. These bar graphs are used for qualitative data or data varying over space.

Bar graphs that use vertical rectangular bars that represent the measure of data are known as vertical bar graphs. These bar graphs are used for quantitative data or time-series data.

We use multiple or grouped bar graphs to compare related series. Subdivided or component bar graphs are applied for representing data divided into a number of components. For comparing the different components of a variable and also relating the components to the whole, we use divided bar graphs or percentage bar graphs.

How to Draw a Bar Graph?

To draw a bar graph, draw a horizontal axis and a vertical axis on the graph paper. Independent category of the data should be written on the horizontal axis while the dependent category of the data should be written on the vertical axis. While marking each dependent variable on the x-axis, make sure there is equal space between them. Give the scale which shows the way in which numbers are used in the data. Example- 1 unit = 1 kilometre. Now start making rectangular bars according to the given set of frequencies. It is very important to mention four things while drawing a bar graph- title, labels on axes, scale, and name of the axes.

What is a Histogram?

Drawing a histogram is one of the ways to graphically represent a given frequency distribution. It is one of the most convenient methods used worldwide. Histogram is also known as area diagram. It helps us to get an idea of the frequency curve of the variable under observation. Some statistical measures can be obtained using a histogram. A comparison between the frequencies for different class intervals is possible in this mode of diagrammatic representation.

How to Draw a Histogram?

Difference Between a Bar Graph and a Histogram

The major difference between a bar graph and a histogram is that in the bar graph, rectangular bars are not adjacent to each other whereas, in a histogram, the bars are adjacent. Some statistical measures can be obtained using a histogram; however, this is not the case with a bar graph. If you want to learn more about these concepts in detail and in a fun and interesting way, visit Cuemath.