What are the Current Trends in Unit Linked Insurance Plans? 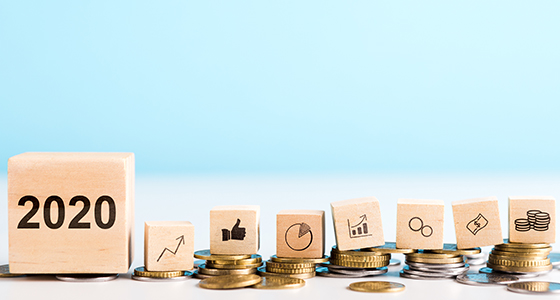 A Unit Linked Insurance Plan or ULIP is a unique product that gives the twin benefits of investment as well as insurance. Usually, an investment product like mutual funds is separate from an insurance product, like a pure term insurance policy. With ULIPs, the goal was to combine these two products into a single product and pay a single premium.

When you pay the premium for your ULIP plan, a portion of that premium goes towards the insurance component, while the other part is invested in mutual funds. These mutual funds can be equity funds, debt funds, or hybrid funds.

As the investor, you have the option of switching your funds or changing the allocation of your portfolio. Once your ULIP plan reaches maturity, the accumulated fund value or the assured sum, whichever is greater, will be paid to you. In case the policyholder passes away during the policy term, then the nominee will be paid the death benefit.

This is how a basic ULIP plan works. In recent years the ULIP plan has become one of the most popular insurance products. Part of the reason has to do with the attractive tax benefits that come with ULIP plans. Unlike mutual fund investment, which is not tax-deductible under Section 80C, ULIPs come under Section 80C. Hence, they’re a favourable investment and insurance option.

Read more to know about Which is a Better Investment – Mutual Funds Or ULIP?

ULIPs’ journey has not always been hunky-dory over the years. Like the very market ULIPs invest in, its own path has also been rife with ups and downs ever since its inception in 1971 by the Unit Trust of India (UTI). Because of unfavourable market regulations and a lack of transparency in these plans, acceptance was slow, and in the initial days, ULIPs were considered an abject failure. It was only as late as 2005 when private companies got behind ULIPs, and it gained traction.

Then in 2010, the Government of India stipulated that ULIP plans should be regulated by the Insurance Regulatory and Development Authority of India (IRDAI).

Initially, the lock-in period for ULIP plans was three years. That was then increased to five years, and there would be uniform premium payment during these five years. Partial withdrawals were also allowed before in the accumulation phase, but later that was disallowed. Now, you cannot withdraw any amount during the lock-in period.

The growing popularity of ULIPs is clearly evident if we see the total invested amount over the last few years. In 2010, the amount invested in ULIPs was ₹1.5 lakh crore. This increased three-fold to ₹3.5 lakh crore by 2017.

– More transparency: One of the biggest complaints of ULIPs was a lack of transparency in these plans. The government sought to change that by tightening their tracking and monitoring of insurers and closely watching these funds.

– No Long-Term Capital Gains Tax (LTCG): LTCG is now applicable to various investment plans like mutual funds and Equity Linked Savings Schemes (ELSS). But no such tax is applicable to ULIPs, another reason why they’re so popular among investors.

Important note: In Budget 2021, it was announced that ULIPs purchased on or after February 1, 2021, with annual premiums exceeding ₹2.5 lakhs would be charged LTCG tax. 10% tax would be charged on maturity amounts exceeding ₹1 lakh. For ULIPs issued before the cut-off date, the tax-free status still holds.

Thus, ULIPs have turned out to be a great option for investment and insurance purposes. The best results with ULIPs are obtained when invested for a long duration. So, if you’re planning for retirement, then ULIPs might be your best bet.